“This third disc by Ensemble Polyharmonique is an impassioned plea to devote even more attention than before to the diversity of epochs.”

With a selection from the 31-number Chor-Music auff Madrigal-Manier (1652/53), combined with duets and tercets from Andreas Hammerschmidt’s Opus primum Musicalischer Andacht Erster Theil (1638), this first recording shows the formal diversity of the composer, who was mainly active in Zittau, and clarifies his ambition for creative handling of genre patterns.

That was courageous! Andreas Hammerschmidt set all his stakes on one board when he decided to send the fifth part of his Musikalische Andachten to Heinrich Schutz for his appraisal. At the time, the chapel master of the Dresden court had already been a model for orientation for the German music world for a long time. It was the will of the so-called “musicus poeticus” that Protestant church music should experience a clear realignment after the Thirty Years’ War. How would the “father of German music”, well-traveled European, and unrivalled master react to the music of Zittau’s “Orpheus”?

“Set forth as thou hast done, the course has been laid out,The pathway is wide open, thy goal thou hast espied. And future times shalt bring more of thine – as we might hope, Since thou hast heretofore our spirits greatly quickened.”

The laudatory poem for the Chor-Music auff Madrigal-Manier (1652/53), which Dresden’s chapel master wrote, praised the work with these words.

The so-called “course of history” has not always been so auspicious for Andreas Hammerschmidt, who has been looked down upon as a minor master, prolific writer, or epigone of Schütz since then. But since history is shaped by mankind, our occupation with Andreas Hammerschmidt is a constant and passionate argument for dedicating oneself more strongly to the diversity of the epoch than has been the case, and for taking the wider horizon of daily musical life into perspective – which often displays high quality – alongside the admittedly fascinating avant-garde composers of music history. For me personally, the narrower and occasionally hidden alleyways and deviations have often been much more interesting than the major roadways which are generally familiar – where our perception is blurred anyway by speeding at a tempo which is often too high.

The us return once again to that path which Schütz considered to be wide open for Hammerschmidt: This productive and successful composer was held in much higher esteem by his own contemporaries. We can perceive this not only through the expansive dissemination of Hammerschmidt’s works in numerous inventories and collections of the seventeenth century, but also in the remarkable circumstance that Hammerschmidt was able to publish a large portion of his compositions in print. The fact that his orientation to the music market of his time entailed a certain comprehensibility in the compositional texture only appears to be detrimental from a hindsight perspective: It can be clearly differentiated from the harmonic experiments of Matthias Weckmann or from the vocal elegance of Christoph Bernhard, and contributed greatly to Hammerschmidt’s popularity at the time. By exclusively concentrating on the exquisite fabrications produced in the context of large court chapels, we obstruct our view for the high qualitative craftsmanship of a compositional style which was consciously oriented towards the possibilities of municipal church choirs, and to the dimensions of liturgical practices in Sunday services – including the need for devotional pieces of short length which were easy to perform. Hammerschmidt was very well capable of filling this artistic framework, which was consciously defined narrowly, in a virtuosic and elegant manner: We find evidence of this in numerous commissioned works which he wrote for churches and chapels from Copenhagen to Breslau. His immense reputation also expresses itself in his collaboration with the North German poet Johann Rist, who commissioned the master from Zittau with musical settings of his Neue Himmlische Lieder (Lüneburg 1651) and Neue Catechismus Andachten (Lüneburg 1656). In addition, Rist addressed him as a “world-renowned organist” in an exuberant laudatory poem on the Chor-Music.

Like many intellectuals and artists of the seventeenth century in central Germany, Hammerschmidt’s life and career began in the region along the border between Saxony and Bohemia. He was born around 1611 in Brüx, a North Bohemian town which bears the Czech name Most today. At an early age, he already attained prestigious musical positions. From 1633 to 1634, he initially served as the organist of Count Rudolf from Bünau at his idyllic Weesenstein castle near Pirna. In 1635, he took on a position at Saint Peter in the wealthy mountainous mining town of Freiberg. In April of 1639, he changed briefly to the vacant organist post at the Church of Saint John in Zittau. With this step, Hammerschmidt moved to a city and region which cultivated a very vital musical tradition for its schools and city council.

In his foreword to the Chor-Music, Hammerschmidt makes reference to the fact that he had “undertaken endeavors in various musical genres and settings”. Through this, he was capable of composing along the lines of the occasions and actual acoustic conditions which his environment offered him. He demonstrates how choir music can be realized which is down-to-earth and artistically ambitious at the same time, without abstaining from the adaption of modern musical trends. For in the works which Hammerschmidt published, he never put the orthodoxic principles of compositional technique ever in question. Just like Claudio Monteverdi, he could perpetually make the claim that he stood on the foundations of the “truth”, e.g. of the technical correctness of the musical disposition – which stood for the structure of the “cosmos” and meant nothing less than the architecture of the world itself.

In Hammerschmidt’s combination of the cantional tradition with a madrigalistic approach, the compositional structure is bound to strict convention to the same extent to which originality is apparent in the musical disposition. In other words, Hammerschmidt experimented to gain musical freedom within a strict system of compositional rules. Rapid alternation between different ranges and choir groups can be observed, as well as variability in the diction, which often changes from quick choral parlando to the archaic motet tradition – constantly guided by the demands of textual content. Around the middle of the seventeenth century, new elements appeared, such as the disposition of the pieces in larger dimensions, efforts to shape the musical form through the integration of ritornelli, and intertextual references by means of an intentional dramaturgy of melodic and harmonic figures.

This album represents the first recording of selected works from the Chor-Music, which contains 31 pieces, in combination with duets and terzets from Hammerschmidt’s first work, Musicalische Andacht Erster Theil (1638). Taken together, these display the formal versatility of the master and clarify his approach, which is oriented to the creative implementation of genre models.

The publishing house Kamprad has taken on the challenge of presenting a complete historical-critical edition of Andreas Hammerschmidt’s music in print. Their edition of the Chor-Music auff Madrigal-Manier is the beginning of an exciting expedition, a journey back into the musical world of the seventeenth century in the heart of Europe. Quite often, musicological literature and critical editions of the nineteenth and twentieth centuries are often characterized by the mindset that history ought to be viewed from the perspective of progress: It is conceived of as the history of the avant-gardists and heroic pioneers, who set innovative trends. With this approach, nearly 95% of cultural history is blended out – or should be considered to be blemished from the standpoint of the aesthetic judgment of innovation. Moreover, Heinrich Schütz and Johann Sebastian Bach were viewed as conservative or even “out of date” to some extent, after they had lived only half of their respective lives. The verdict “occasional music”, which has been pronounced not only for Hammerschmidt’s music, but also for the Kernsprüche of Johann Rosenmüller or the compositions of Wolfgang Briegel, obstructs our view for the artistic quality of individual pieces: Most especially, the larger collections in which seventeenth-century sacred music was published hardly followed any principles of order which were advantageous for cyclical performances.

With our recording, this collection returns to the repertoire tableau of seventeenth-century German music. On this splendid tableau, the Geistliche Chor-Music 1648 of Heinrich Schütz, Israelisbrünnlein of Johann Hermann Schein, the Musicalische Seelenlust of Tobias Michael, and the Chor-Music auff Madrigalmanier of Andreas Hammerschmidt can meet each other at eye-level, within hearing range of one another. What a wonderful discourse has now become possible! And, opening a wide pathway for ourselves as listeners is also courageous. But in the end, we shall be richly rewarded with the enjoyment of art at its highest level, and with valuable musical experiences which bring both our hearts and spirits into vibration. 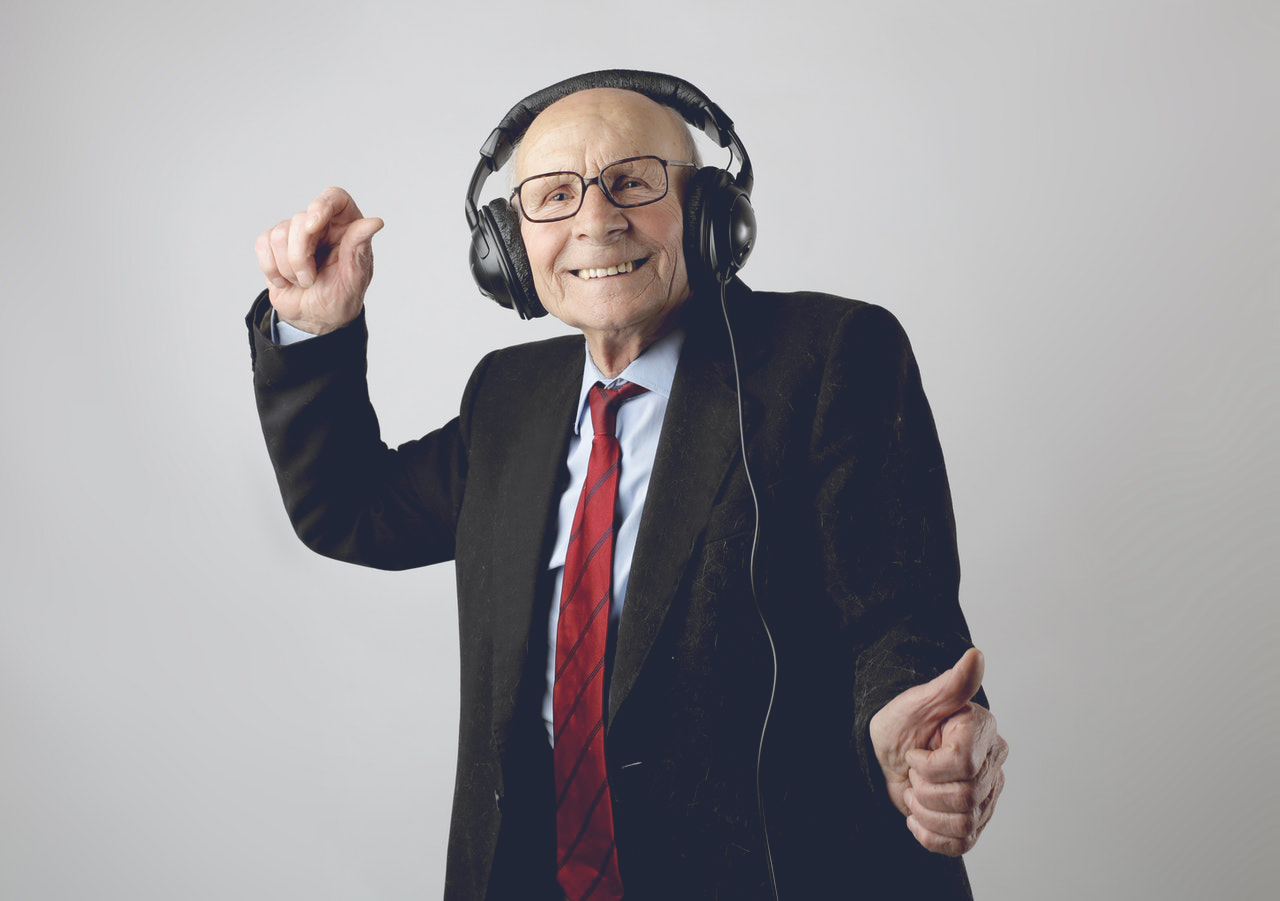